Erik Meijer is a true football cosmopolitan who played for such famous clubs as Liverpool, Hamburg, Bayer Leverkusen and PSV Eindhoven. Where ever he played for in Belgium, Netherlands, Germany or England, he felt everywhere at home and identified himself 100% with the club. It is enlightening to hear how he made this and what he learned respectively which experiences he took along from these times and how this enriches even still today his daily life.

He sees many parallels in the sports world and in the “real” world outside the sport, in fact he is even giving lectures about this.

One remarkable statement of Erik e.g. about his time in Liverpool, when he was competing with such football rockets as Michael Owen and Robbie Fowler, is: “I learned that this level was too high for me, the strikers at that moment were playing on a higher level. I could not make the goals, when I had the chances to prove that I´m a good striker. If you have a chance, you have to take it. If you don´t take it, somebody else will take it!” A very honest and self reflecting statement which speaks for itself and the personality of Erik.

He states further that he was not talented as other top players but he compensated this gap with even more and harder training, if somebody wanted to pass him he had to fight for it. That way he pushed himself and also his teammates to go to his and their limits. This attitude is even today still inside of this gentleman, although he confesses that he has been becoming a bit calmer over the years … 😉

Erik stands for 100% in all what he is doing with a strong and serious focus, which does not mean that there is no space for fun and leisure, NOT AT ALL!!! His life motto reflects this quite well: “Work hard, party hard!” Listening to how professional and focused he was acting during his football career, one can imagine how he is acting for the other part … 😉 J

Today he enjoys to having the freedom to do whatever he wants to do as an outcome of his successful sports career. Travelling around the world is there only one thing among many others, and he is aware that this freedom is something special, where he can feel privileged about it. Football made it possible for him, but he always has been staying grounded. As he points out he is still the same Erik Meijer as he was when he started his football career, his character has not changed at all. A nice story which is proving this character trait, is that one day the groundsman of Liverpool did not recognize him because Erik showed up at Melwood training with his bicycle and the groundsman did not want to open the gate and allow him to enter the training ground because all the players were supposed to show up there with big luxury cars… That a player of LFC could show up there with his bicycle was for this groundsman a completely new experience.;) J

And it is also quite interesting, listening to him when he is putting together the best football characteristics from a Belgium, Dutch, English and a German football player!

It´s really an absolute pleasure going for an exchange with this football globetrotter, who until today hates loosing a match even if he should play in a weaker team. This attitude he has been keeping until today.

If you are ready to listening carefully even between and beyond his lines, feel free to adapt something from his international experiences and transfer it to your daily life.

Professional education: Finished his education as butcher and became then football professional.

„I work hard and party hard!“

„No-no“ that he is unwilling to tolerate at all: Racism

At young age he finished first the butcher school when working in the butcher shop of his father. But quite soon after having finished the butcher school, he started his football career. And it all started with a sort of amusing story, when his former club Sittard wanted him to sign a contract with only half of the salary of what he had earned that time in the butcher shop of his father. Luckily his father was leading the negotiation that time for him. So at the end of this negotiation, his father decided to pay off the transfer fee by signing a cheque of 225.000 Dutch Gulden. And after that he joined Antwerp, who paid with pleasure this transfer fee back to his father. This was the starting point of a remarkable football career with many different highlights.

After all these splendid football stations as Antwerp, Eindhoven, Bayer Leverkusen, Liverpool, Hamburg etc., he ended up at Alemannia Aachen at the end of his active career. Even though that he thought, he would have had already experienced everything in his career, Alemannia became another and a final milestone in his football career. Besides the fact that as captain he led Alemannia back to the first Bundesliga and that his heading goal against Oliver Kahn kicked out Bayern Munich in the Quarter-Final of the German Cup (and they continued even moving to the final), that time means even today something very special to him. That special, that he even wrote a book about this life chapter with Alemannia! It is simply wonderful and bringing back good old memories – not only for Alemannia supporters – listening to him when football was not that commercialized as it is in our days.

Today as a football presenter he analyses football matches for Sky Sports in Germany and Fox Sports in Netherland, and he is happy that he can continue making out of his hobby a profession. Being in a men´s room surrounded by 20 TVs showing only football and nobody is going to tell you, you have to do this or that, is just nice as he states with a big smile in his face … How true, could be worse! J

And not to forget that he is giving lectures, where he shares also with managers his principles for becoming successfully, independent if in sports or outside the sports world.

An all around enlightening and entertaining interview partner, where one can take a lot out of it, if open minded for it…! 😉

Enjoy and have fun by plunging in this interview with this special and super nice character! 🙂 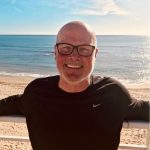 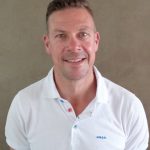