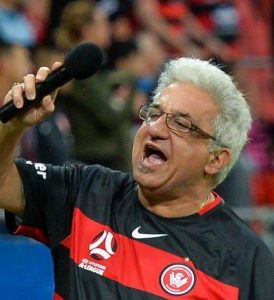 Listening to this wonderful heartfelt character and great sport commentator Andrew Paschalidis is not only a pleasure, it´s much more, a gift for those who are able to reflect and to read between the lines! No wonder that a second episode with this champ is a must.

He´s telling here how he got a job at SPS even though they were looking for a female host. How did he make it? Well, cause he was in the SPS building, when somebody said for a joke “Stand in front of the camera!” And he made it, obviously not too bad at all, because he got the job…! 😉 He has been always looking for windows of opportunities and grabbed them, wherever they suited him. As he states: “It will never fall on your lab, the door will not open for you, you have to open doors.” This motto accompanied him since his commentary debut in 1984.

He has been always acting as a team player and is still playing in the over 35. Team spirit for him translates to life as well. As he says: “If you got that spirit, that unity, you have that team, you are all as one…, then you´ll get the outcomes that you want!” This is valid for sport and job likewise. Which former athlete does not want to underline and affirm this?

You can see the sparkling in his eyes when he is reflecting the scenes from the World-Cup 1994 in the USA. An unforgettable moment in his life, when he took the camera from his camera man, watching all the Brazilians celebrating the world championship in the stadium. This gentleman is simply born to be a football commentator!

And last but not least he launched his own charity organisation “Heartbeat of football” in 2016, after they had in Australia a lot of footballers suffering heart attacks on the pitch and dying.

“I´ve been lucky, but you make your own luck too!” Nothing to add to this wonderful statement. I may just encourage you: ENJOY listening to this very special character.

Professional education: Came straight after school to football journalism, has been working for SPS and FOX Sports.

Current Profession: Sports commentator, these days he is even working in India as one of the main football commentators

„Live for today and not for tomorrow!“

„No-no“ that he is unwilling to tolerate at all: People who don´t set value on trust and loyalty

He calls himself as the “black sheep” of the family, because he went straight from school to earn money and didn´t go to university. He learned his craft from the scratch, there was no manual or instruction of how to become a football commentator, when he started his career. And he took every opportunity he could grab, the doors did not open for him automatically, he had to open them.

And on top of that, his father was not as enthusiastic as he was, when he signed his first contract as a sports commentator … 😉

At the age of 9 years, the choice was between playing football or going to Greek school on a Saturday. And it speaks for itself, when Andy is mentioning what he said one day to his dad: “Ah, dad, if you didn´t allow me to play at that age, may be I wouldn´t have developed a passion, that is let me to do what I do and have been doing for a long time.” As he states, you have to have your dreams and Andy has been having always dreams. Today one may say: A big THANK YOU to his dad on behalf of the Aussie football community!

And we all may be excited what´s coming next, and there is still a lot in the pipeline of this wonderful character! He is really a living firework of ideas and creativity… 😉 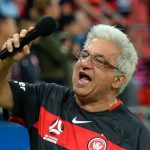 EGQT007 – Part 1 – Made his profession out of his passion, a heartfelt sports commentator! – Interview with Andrew Paschalidis 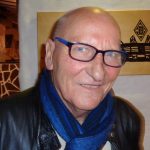