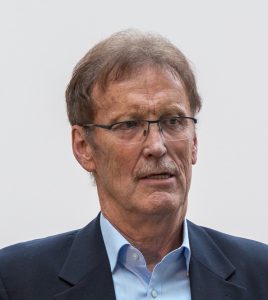 The title “German Football Ambassador 2017” is an extraordinary recognition and reward for the lifework of this outstanding character. Up to date Horst Kriete has represented the German football in almost 40 years in more than 50 countries on this planet!!! And wherever he has travelled and worked, he left his marks in a remarkable way.

It has been never his approach to be No. 1, whenever he was working abroad. Horst is characterized by an impressive value orientation and human greatness. His credo is that the team is the star and never just a single person.

In order to support and help the different football organisations in a more efficient way, he always utilized his expertise and experiences in accordance to the existent environment. That means, wherever he was working and living, he knew that he had to adapt himself to the conditions of the country with its own culture and habits! He was aware that football was played there before he arrived and it still will be played when he will depart again. His strength is having a good gut feeling for what he needs to install during his football projects, so that it will not break down when leaving after having finished the project.

And he is still not tired of travelling, quite the contrary, he is still getting “itchy feet” when staying at home for too long … Too great is his fascination of exploring different cultures, habits and nations. He loves to teach, but also to learn and to gain continuously new experiences.

It is simply priceless listening to him, when he declares how privileged he has been feeling always by making his hobby to his profession! Or when he is telling about his encounters with Nelson Mandela, who spent 25 years in jail and reached – after coming out – his hand to people who put him into jail.

Therefore it´s no wonder that to one of his major leadership principles counts ATTITUDE, means, how one behaves and approaches others… He has been doing this always with respect & fairness, and he always took care for all his team members, independent if it was his team captain or the groundkeeper!

A really wonderful interview partner with who I could have easily continued for many more hours because it was simply such a great pleasure! I may just recommend listening to this outstanding football globetrotter with all his expertise and experience!

„Be patient and understanding, life is too short for being malicious“

„No-no“ that he is unwilling to tolerate at all: There are no absolute no-nos, it depends on the situation

After having finished his master studies, his first station abroad was Nigeria, where he spent six years. He was working four years for the Nigerian Football Association and two years handling a professional football team, the Julius Berger Football Club. This was his first highlight, because this stay brought him in contact for the first time with the African culture. Quickly he felt in love with it and it took not much time until he felt not anymore as a foreigner over there.

Another highlight for him was his stay in Somalia. That time the political situation was quite different compared to the today´s one. He became acquainted to so many wonderful people in a moderate and nice environment. And he could build up there many friendships, where today he is still in contact with, even though that most of them are not living anymore in Somalia. But it helped him also to realize how privileged we are in Europe with all these things around us in large amounts.

The country, where he has the strongest bonds with and where he spent all in all most of his time abroad is South Africa. First time that he arrived there was 1991, he worked there in a row from 1997 to 2002 as director of coaching and as technical advisor for the national team. During this time period in 1998 South Africa became qualified for the World Cup for the first time ever! And he will never forget the moment, when Nelson Mandela came there two days before the key game, in order to wish the squad all the best for the game and to give them their fully support.

And last but not least was also China a milestone in his career, where he stayed another five years and where he could get also so much out this stay. He is just glad that he had the opportunity contributing a bit also to the football development over there.

In between he has been working in more than 50 countries and retrospective he may say with pleasure and a certain smile in his face that he enjoyed every place and every occasion. He had never an experience which he would not like to have experienced!

But no worries there is still much more to come, even his nice house and the best food can´t keep him away from moving his “itchy feet” … 😉 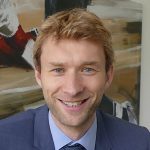 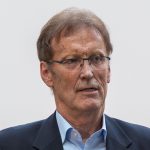