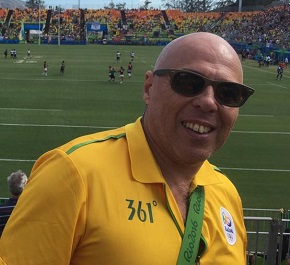 Ricardo Setyon – actually living in Sao Paulo, but a cosmopolitan through and through – is speaking unbelievable 8 languages!!! He has been travelling steadily all over the world and on top of that he also was even living on several different continents. Already in young age he detected his deep passion for football, henceforward this sport has been taken always center stage in his life until today! And this, although his original wish in young age was to become a diplomat and to make peace in the world.

He says about himself, that with his 52 years he is feeling as being 18 years old, but with an experience of 120 years. And when listening to him, with all what he has to share with regard to his travel activities and his experiences of life respectively life stories in a really tremendous huge variety of areas, then you will understand why…!

Just to give you an example of his exciting path of life; he was strongly involved in the establishment of the „mixed zones“ in the today´s football media world. It´s not even exaggerated to say, that he was one of the founders of the „mixed zone“, which is nowadays an absolutely normal procedure for players to becoming exposed to journalist questions after their matches.

From his perspective, among all countries, Japan is the most fascinating one. Or in his words: „ Japan is just out of this world!“ Come here to know why! When travelling the world his motto has been always „close your mouth, listen to people as much as possible and are not afraid of being close to people“. And this he is going to underline here in a very sympathic manner with many exciting life stories, where one as me could continue listening to him for many more hours…!

He enjoys spending time together with quality people and prefers opening his arms instead of closing them! Just a real character!

Current profession: Professor at theTrevisan University in Sport Management and consultant for sport management projects in Brasil and abroad

„No-no“ that he is unwilling to tolerate at all: Injustice, lack of respect, racism and religious limitations

In the following, just some highlights from Ricardo´s career, because to list here everything would fill easily a book…!

Ricardo has accompanied 8 Football World Cups, 10 Under 20 FIFA World Cups and 6 Summer Olympic Games, besides numerous coverages in the Formula 1 during 6,5 years. But in the Formula 1 he realized after a while, that this was not really his sport. Completely different on the other hand was the story with football, where he was in passion from the beginning, from his first match, when he was´nt even in the stadium, but where he sucked up the atmosphere around the stadium and in the city. This was 1982, when everything started for him as a supporter during the world cup in Spain. 4 years later he was accredited then in Mexico as a fotografer. In 1997 he exchanged his freelancer existence with a manager function for FIFA, where he stayed until 2006. Then he became a victim of the corruption within FIFA and he had to leave, because he always wanted to stay away from corrupt mechanism as well as from people who are taking advantage of corruption! In the following he became then a Professor of Comunications in Masters in Sports Management MBA at the Trevisan University in Sao Paulo, a Head of Communications for FIFA Referees and lately, as a close friend of Zico, he was even acting as senior consultant in Zico´s  campaign for his FIFA Presidential Candidature. Very interesting, what he is going to explain with regard to this candidature and Zico´s reasons for his withdrawal (in part 2 of his interview)!

But with all his addiction to sport and especially to football, it would not be correct to reduce this personality and his activities only on sport, Ricardo has many more facets! As mentioned before he has been travelling so much and met so many interesting and fascinating people, who helped him to broaden his horizon in a cultural and political manner! So e.g., he was also reporting about 8 wars!

He is not only an international sport expert with an outstanding treasure trove of experience, but also a fascinating character who has really a lot to share with other like-minded people. And this is not only related to football…!

I just can encourage you to spend some of your precious time for listening to him in this podcast. It´s definetely worth it! 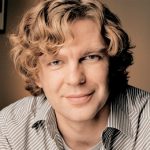 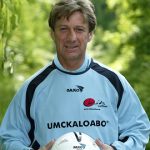